When we realised we were heading over to Chris and Angela’s wedding at the Hard Day’s Night Hotel in Liverpool on the 27th of April – being music fans – we were of course looking forward to it. We were expecting Chris and Angela to be a very cool couple, choosing a Beatles themed hotel to get married in, and I think it’s safe to say they did not disappoint!

We arrived at the hotel shortly before 6pm. As the hotel was right in the center of Liverpool things looked a bit confusing from the outside so Dave and Ben headed in to find out where to unload… 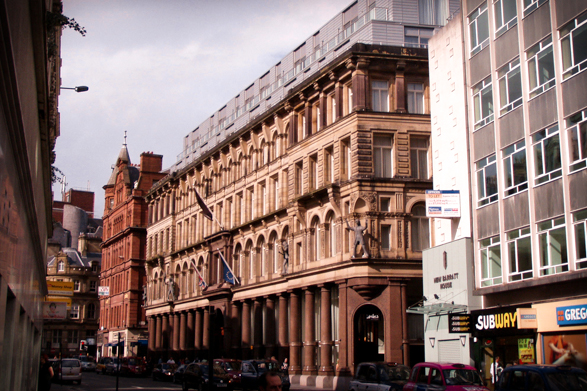 Tom and Ben got busy unloading the van. Fully suited and booted on the hottest day in April was maybe a bit much for unloading… but you’ve got to look good! 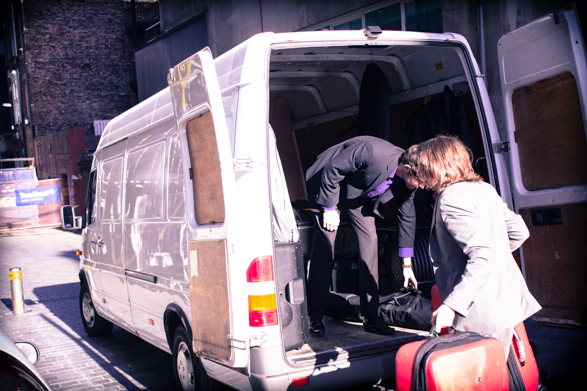 We entered the reception room to begin setup. Beatles pictures adorned every wall – very cool! We were happy to see a small stage for the band to perform on (not many wedding venues have stages). It wasn’t quite as deep as our minimum space requirements (3.5 metres) but we managed to squeeze on and we were setup within an hour. 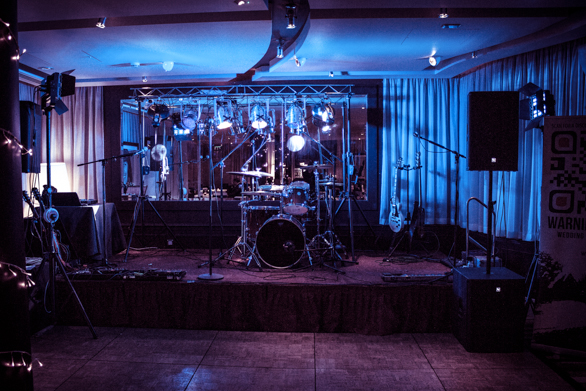 We knew we weren’t far from the world-famous Cavern pub that The Beatles performed at during the 60s, so after setting up we nipped outside to find out where it was… it was only blooming next door! Had to get a quick pic… 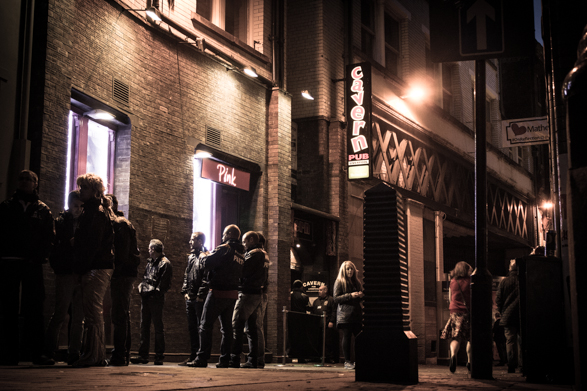 When we got back the wedding guests were just beginning to enter the room. We met Angela who was actually really relaxed and easy-going considering it was her big day. We were impressed! After a quick chat we headed off to make sure we were ready for the first dance. They’d requested the band perform Gravity by Embrace. With a quick change of attire and some vocal warm ups it was 8:30pm already so the guys headed back to the stage to kick things off. 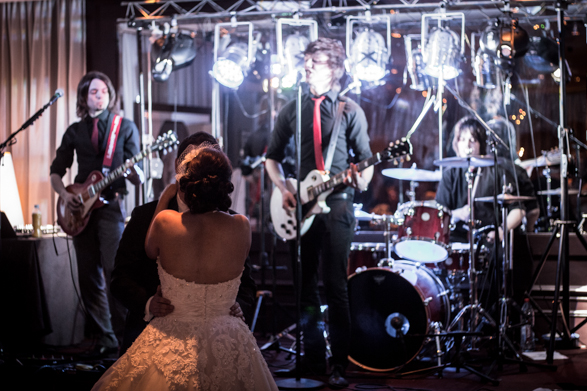 Everybody had gathered around the dance floor. Chris and Angela had a lovely first dance and Gravity sounded great. Front-man Dave then asked everyone to join the married couple and the band kicked into their first set with I’m a Believer by The Monkeys. 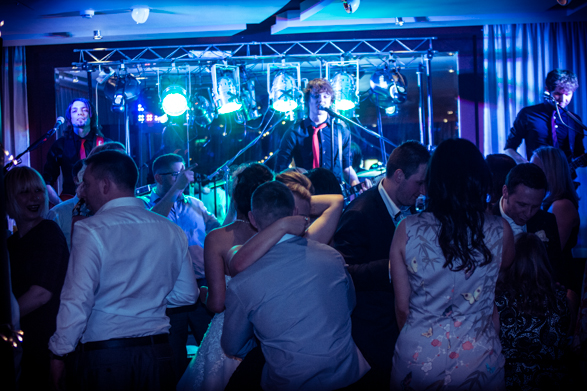 With set one in full swing the band blasted out a few songs that Chris and Angela had specially requested, Chelsea Dagger by The Fratellis, Help by The Beatles, Teenage Kicks by The Undertones and Valerie by Amy Winehouse to name but a few. 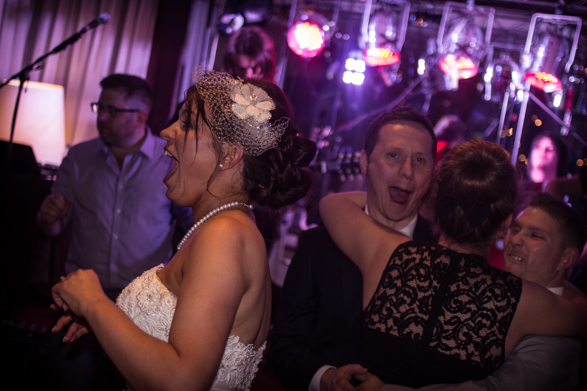 The guys ended set one with Roll With It by Oasis – a great sing-a-long track for weddings. After an hour break and a little food they headed back to the stage for set two. Chris and Angela were ready for a bit more dancing and Chris couldn’t resist a quick pose for the camera! 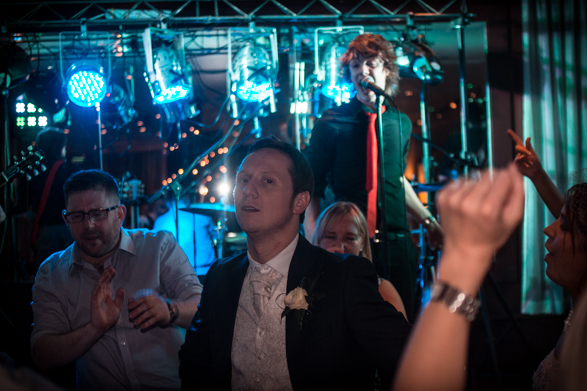 Things were definitely rocking. The dance floor had been packed all night. Chris and Angela were as cool as we’d expected and their guests definitely knew how to have a good time, but things couldn’t go on forever… the second set had to come to an end, so the guys closed with Mr Brightside by The Killers, the king of all arms-in-the-air anthems! 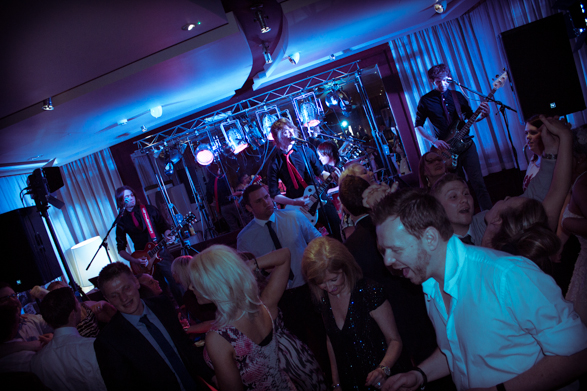 With Mr Brightside going down a storm, the crowd wanted more, so the guys of course did a couple more songs for their encore. As per Chris and Angela’s request they ended the night with Hey Jude by The Beatles. The crowd had formed a huge circle and they were taking turns to dance in the middle. A pretty cool end to the night to say the least!

All-in-all we had a fantastic time at Chris and Angela’s wedding. We’d like to thank them for having us, and for choosing such a cool venue. And we’d like to wish them all the best for the future! 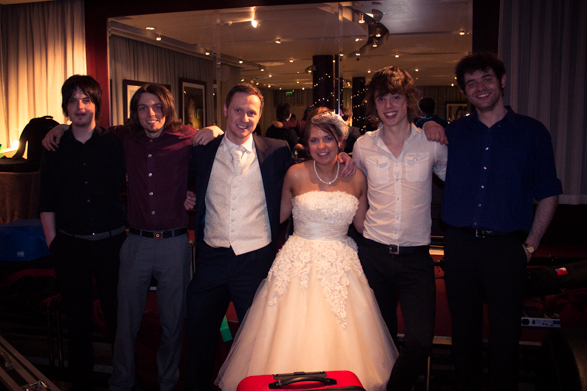 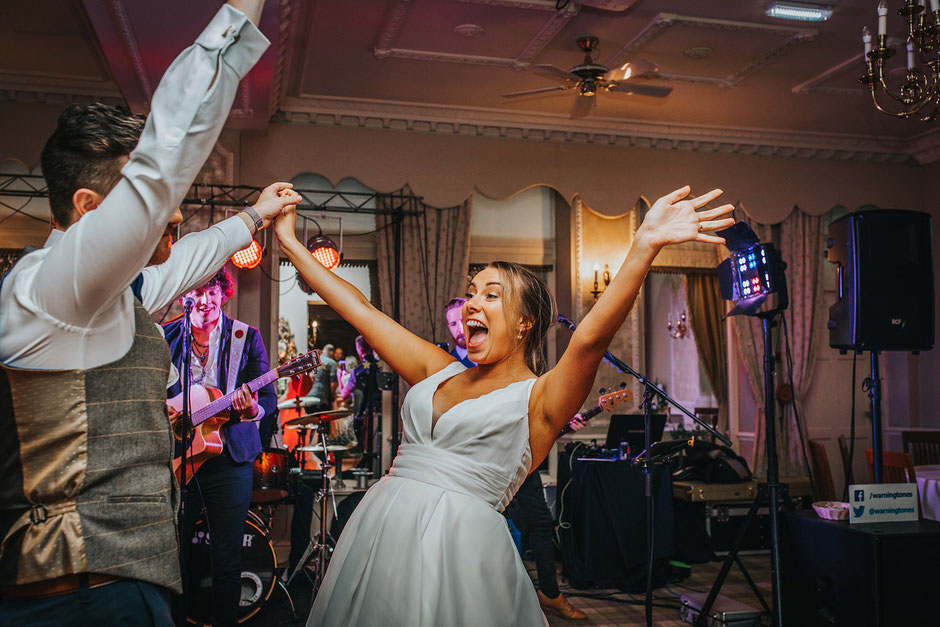 October 27, 2020
Making sure everyone stays safe on your big day despite the pandemic.
Read More 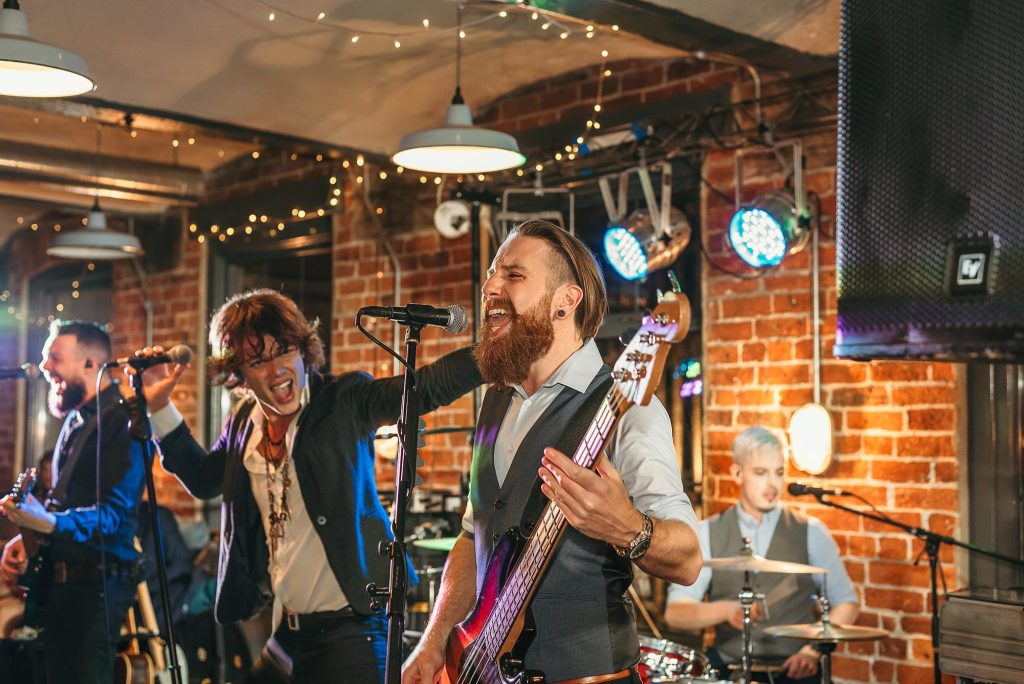 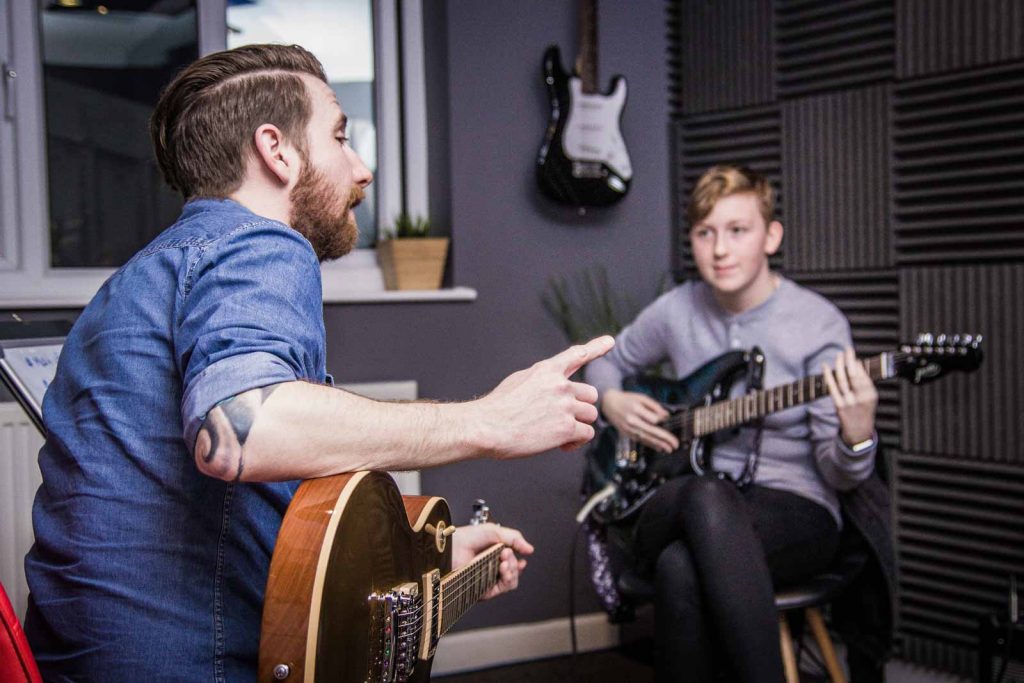 Music Lessons for the Kids 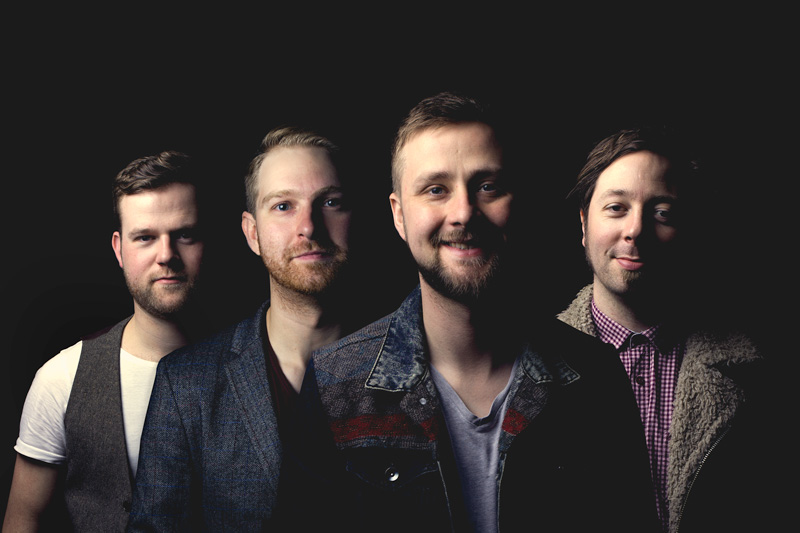 A Backup of Some Awesome Musicians 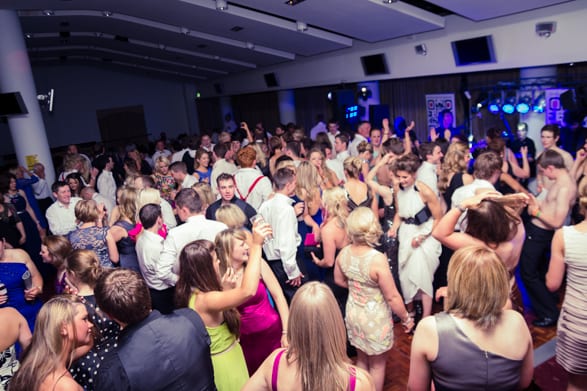 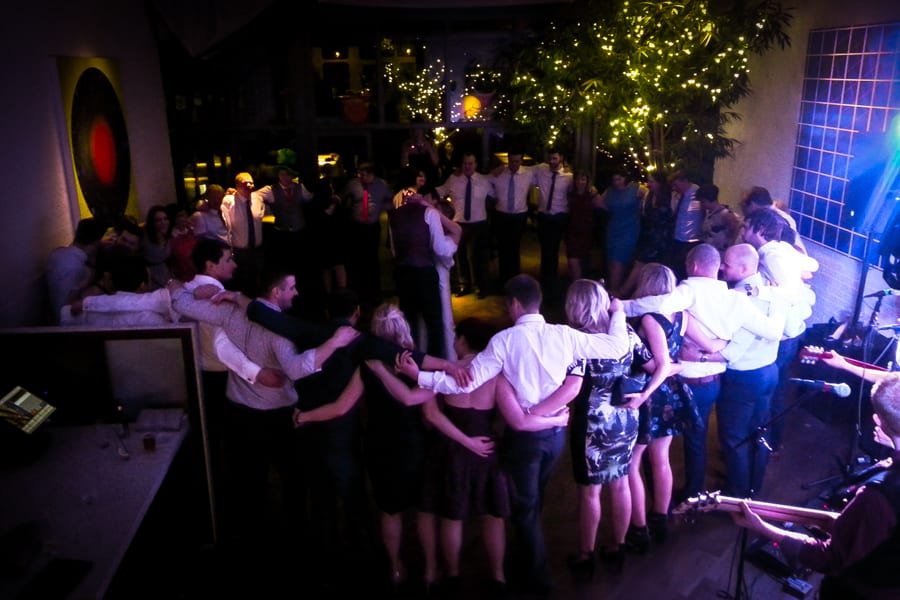 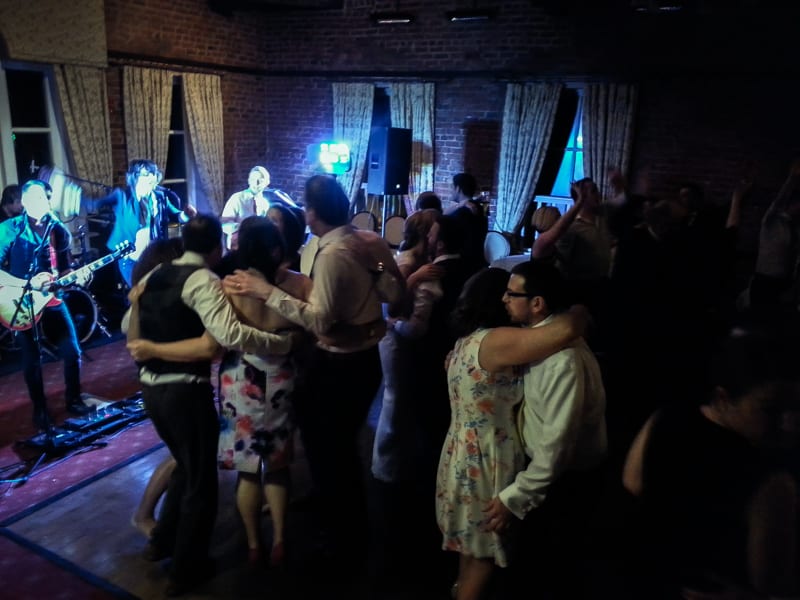 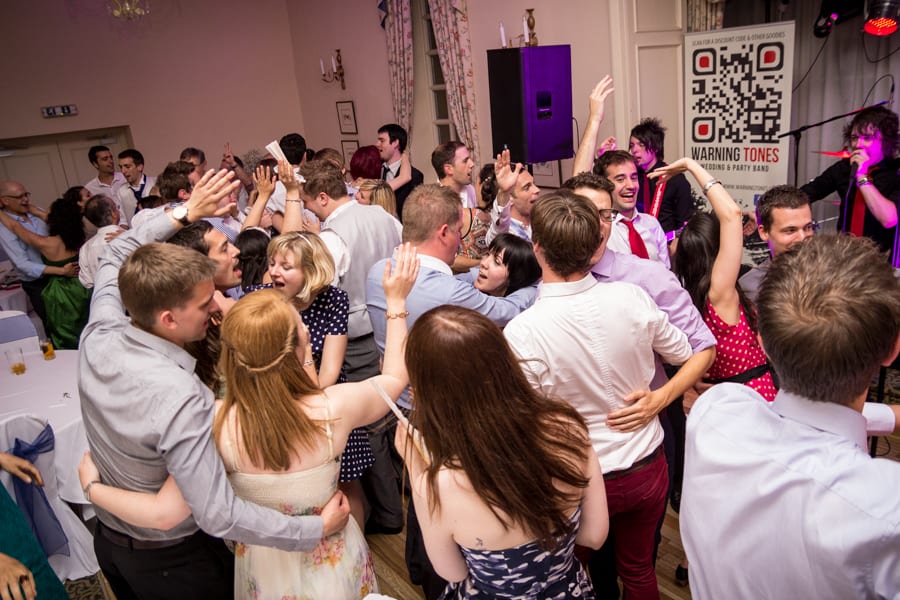 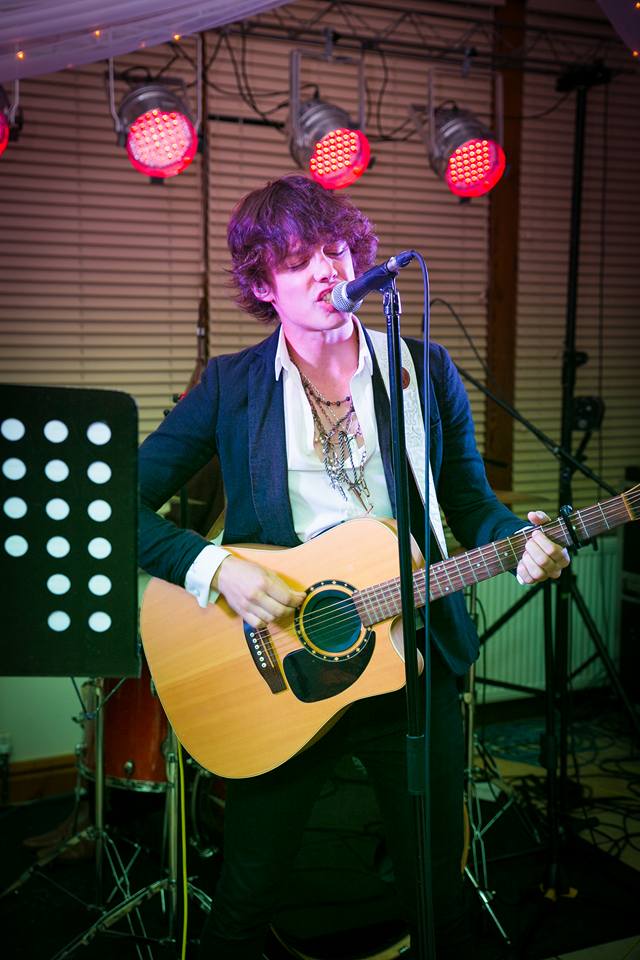 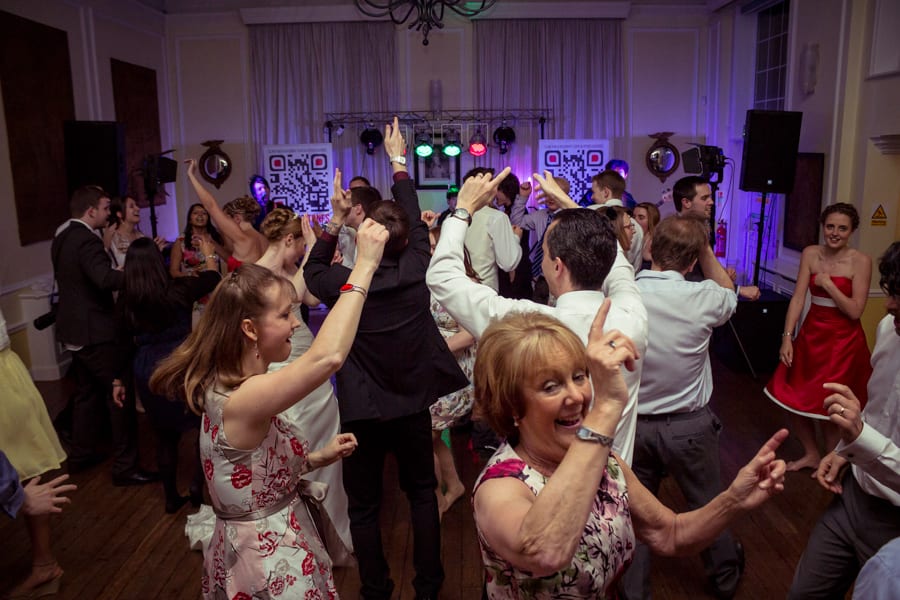 Get a Quote for your Wedding or Event

It only takes 30 seconds.

Any cookies that may not be particularly necessary for the website to function and is used specifically to collect user personal data via analytics, ads, other embedded contents are termed as non-necessary cookies. It is mandatory to procure user consent prior to running these cookies on your website.